“O, the depth of the riches and the wisdom and the knowledge of God!  How inscrutable are His judgments, and untraceable His ways!  For who knew the mind of the Lord? Or, who became His adviser?  Or who gives to Him first, and it will be repaid him?  Seeing that out of Him and through Him and for Him is all: to Him be the glory for the eons!  Amen!”  (Romans 11:33-36 CLNT) 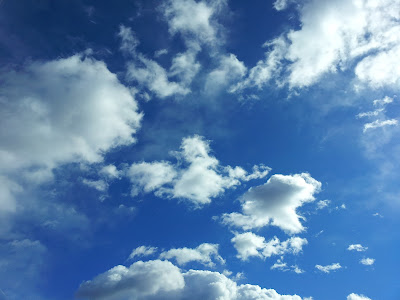 All comes from God.  There is nothing we can do for Him or give to Him that has not been given to us by Him first.

Has any human being given to God first?
Is there anything we can give to or do for God of which God has not been the source?
Can man give to God first that God may actually owe man anything back?

God is the absolute Source of all.  Man comes out of God by God’s design and creation.

“Behold, the nations are like a drop from a bucket, and are regarded as a speck of dust on the scales; Behold, He lifts up the coastlands like fine dust.  Even Lebanon is not enough to burn, nor its beasts enough for a burnt offering.   All the nations are as nothing before Him.  They are regarded by Him as less than nothing and meaningless.”  (Isaiah 40:15-17 NAS)

We may feel important and powerful in our own eyes or in the eyes of our fellow man, but in light of the immensity and grandeur of God, we are but a miniscule speck.  Although in His heart, we are loved beyond measure.  We are His unique and special creation.

There is nothing we can give to God or do for God that He needs from us.  God can accomplish all His own work, and He has no needs dependent upon us.  And yet, He lovingly chooses to involve us in His undertakings and let us participate with Him and be in relationship with Him.

Long ago, the Apostle Paul said to the self-important and well-educated Athenians:

“Athenians!  On all sides am I beholding how unusually religious you are.  For passing through and contemplating the objects of your veneration, I found a pedestal also, on which had been inscribed, ‘To an Unknowable God’.  To Whom then, you are ignorantly devout, this One am I announcing to you.
The God Who makes the world and all that is in it, He, the Lord inherent of heaven and earth, is not dwelling in temples made by hands, neither is He attended by human hands, as if requiring anything, since He Himself gives to all life and breath and all.
Besides, He makes out of one every nation of mankind, to be dwelling on all the surface of the earth, specifying the setting of the seasons and the bounds of their dwelling, for them to be seeking God, if consequently, they may surely grope for Him and may be finding Him, though to be sure, not far from each one of us is He inherent, for in Him we are living and moving and are…”
(Acts 17:22-28 CLNT)

The Greeks placed a high value on being well-educated.  They also thought themselves to be religious by having and worshipping many idols made by human hands.  As Paul walked through Athens, he saw there were a multitude of altars exhibiting man-made images of different gods.  He saw so many idols all around Athens that, wherever he went, he was compelled to preach the good news of Jesus Christ and of the resurrection.  The Greek philosophers and discussers of the day, who jumped at any opportunity to learn something new, took Paul to the Aeropagus for him to explain what he was talking about.  Paul stood in the center of the Areopagus, where important men met together to discuss important matters, and he addressed the men of Athens.

In his speech he addressed the self-importance and self-reliance of man.  He tickled the Athenians’ fancy by assuring them that he noticed they were very “religious” people because of their many idols and altars all around the city.  He immediately proceeded by saying he had noticed they had an altar to an “Unknown God”, whom they worshipped in spite of knowing nothing about him.  So Paul went on to tell them about the God they did not know.  He explained to them their unknown god is God of all, the One Who makes the entire world and all in it.  God exists within the heavens and the earth, and He does not reside in temples (or any building) made by human hands.  He does not need to be attended to by human hands.  He does not need anything at all from human hands, or from human deeds, because He is the One Who gives to every one life and breath and everything else.

God does not reside in the biggest and greatest man made church building or temple.  It is not the largest or most decorated church building, containing the largest congregation, which has a greater connection with God or a better knowledge of Him.  It is not in that building that the power or presence of God is strictly contained.  There was a time, long ago, when God had His people (the Israelites) construct Him a building.  God would inhabit that temple and only once a year could the High Priest enter the special area which was most holy and indwelled with God’s spirit.  But that time passed away the moment Jesus Christ died on the cross and the curtain in that temple was torn in half from top to bottom.  From that moment on, a new era ensued, and our access to God was ordained to be through His Son, Jesus Christ.

God does not need for us to attend to Him with our human deeds, creeds, or rituals.  It is not about how much you can be and do “for God”.  You can focus all your time and energy doing “for” God, but He doesn’t need you to do or be anything “for” Him.  We are certainly given the privilege and invitation to participate with Him in what He is doing, but none of us should be running around with a mentality that we must be doing something “for” God.  Our question should not be “What am I supposed to do “for” God today?”   Our daily thoughts should be, “I belong to God and His Son, Jesus Christ.  My Father leads me, and I follow Him.  Each day, my Father is loving and teaching me.  Some days, He invites me to work alongside Him.  Other days, He invites me to just hang out with Him and enjoy the pleasure of His company.  Daily, I am with my Father and have the privilege to be unconditionally loved while I get to know Him and while I observe, learn, and am a part of what He is doing.”

“If He should determine to do so, if He should gather to Himself His spirit and His breath, all flesh would perish together, and man would return to dust.”  (Job 34:14-15 NAS) 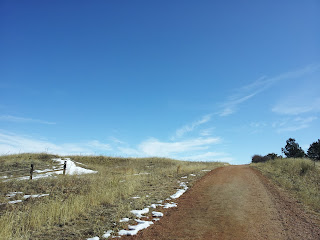 We are the ones dependent upon Him for everything.  He ordains the paths we will travel.

“He makes out of one every nation of mankind, to be dwelling on all the surface of the earth, specifying the setting of the seasons and the bounds of their dwelling”

We can convince ourselves that we are independent of Him and be self-important in our own eyes.  But that is not the reality.

“not far from each one of us is He inherent, for in Him we are living and moving and are”

To whom then will you liken God?  Or what likeness will you compare with Him?  As for the idol, a craftsman casts it, a goldsmith plates it with gold, and a silversmith fashions chains of silver.   He who is too impoverished for such an offering selects a tree that does not rot; He seeks out for himself a skillful craftsman to prepare an idol that will not totter.
Do you not know? Have you not heard? Has it not been declared to you from the beginning?  Have you not understood from the foundations of the earth?   It is He who sits above the circle of the earth, and its inhabitants are like grasshoppers, Who stretches out the heavens like a curtain and spreads them out like a tent to dwell in.
He it is who reduces rulers to nothing, Who makes the judges of the earth meaningless.   Scarcely have they been planted, scarcely have they been sown, scarcely has their stock taken root in the earth, but He merely blows on them, and they wither, and the storm carries them away like stubble.
“To whom then will you liken Me that I would be his equal?” says the Holy One.   Lift up your eyes on high and see who has created these stars, the One who leads forth their host by number, He calls them all by name; Because of the greatness of His might and the strength of His power, not one of them is missing.   Why do you say … “My way is hidden from the Lord, and the justice due me escapes the notice of my God”?
Do you not know? Have you not heard?  The Everlasting God, the Lord, the Creator of the ends of the earth does not become weary or tired.  His understanding is inscrutable.   He gives strength to the weary, and to him who lacks might He increases power.  Though youths grow weary and tired, and vigorous young men stumble badly.  Yet those who wait for the Lord will gain new strength; They will mount up with wings like eagles, they will run and not get tired, they will walk and not become weary.
(Isaiah 40:18-31, NAS) 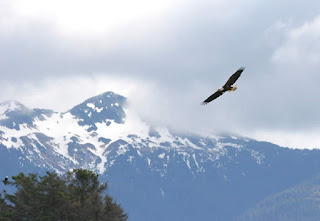 It is all out of God and through our Lord, Jesus Christ.

“…there is no other God except One.  For even if so be that there are those being termed gods, whether in heaven or on earth…nevertheless…there is one God, the Father, out of Whom all is, and we for Him, and one Lord, Jesus Christ, through Whom all is, and we through Him.”  (1 Corinthians 8:4-7, CLNT)