Along life’s journey, every single experience we have has an effect on who we are today and who we become tomorrow.  Whether it’s an experience or encounter that we consider insignificant or one that feels earth shattering, each one is a part of our continual growth and development.  Over the past two years, strong winds have created ripples that have led me away from religion and religious doctrine.  This new year brings me to making a number of changes to this blog and to what I write about and share from my heart. 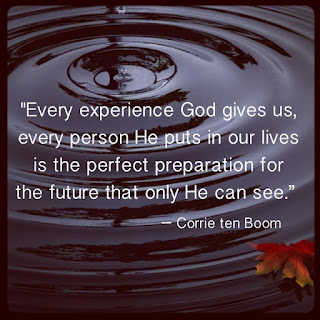 One of my favorite quotes was spoken by Corrie Ten Boom, a woman who survived one of Hitler’s concentration camps.
I agree with Corrie that every single thing we experience and every person that touches our life creates a ripple effect and leads us into our future.  Sometimes the ripples are soft and gentle as if a breeze were slightly blowing the surface of water.  At other times, the ripples turn into huge, frothy waves as if hurricane winds were wildly tossing the water to and fro.


When I look at my life, who I am today and who I have been over the past 47 years, it feels like I have been a few different people.  Some aspects about me are unchanging, but the majority has changed along the way.  I am not the same little girl I was at 10 years old, and I’m not the same woman I was at 45.

Back in 2005, I stuck one trembling hand outside of Christianity by embarking on a personal journey.  It was a two year journey of discovering and proving to myself whether the doctrine of hell and eternal torment was a reality or a myth.  I stuck that one hand out, and it was soon followed by the other.  When I gained a bit more courage, I also stuck out a tentative foot, and the second one soon followed.  In spite of losing some friends and bewildering others, I pressed forward. Eventually, I found myself walking away, freely swinging my arms with both feet firmly planted on the ground, and feeling more at peace than ever.  My personal resolution that hell was a myth led me to further question how much more in the Bible (and in Christianity) has been used as a fear and scare tactic to keep people’s behavior in line.  “Be good or else you will be punished!”  God’s character is represented in the same manner as Santa Claus.  Little children are filled with fear of being bad around Christmas and not getting gifts from Santa. Christianity regularly fills people with fear that they better do this or that, or there will be eternal hell to pay later. I want nothing to do with such teachings, and frankly, they now repulse me.

I've learned things about the Bible text which greatly disturb me and which I can no longer reconcile with.  Viewing things differently, it’s appalling to me how the Bible has been and continues to be used against people to divide, judge, and condemn.  I abhor how the writings have been mistranslated, twisted, misconstrued, and manipulated in terrible ways for terrible acts against one another.  These awful things do not just happen between those of the Christian faith and those outside of it.  These types of acts regularly occur within the followers of the Christian faith over differing points of view of what the Bible text says.  Christianity is not the only religion plagued by such ailments.  I focus on Christianity because that is what I know and have personally lived.

Because of what I’ve learned, observed and experienced, I now view the Bible as man's attempt to understand and describe God.  And man's very limited understanding and biases are mixed into it. 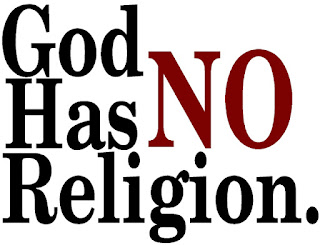 Since I’ve been walking away from the religious doctrines which I wholeheartedly believed, lived by, and taught I have been filled with an even greater love for others and found more common ground with people than I ever had before.  What a joy it has been to really listen to and respectfully consider someone else’s ideas without having that awful feeling that I need to convince them to my way of thinking or they will be doomed forever!  Since I stopped believing that I had a special salvation which others did not, I have truly embraced my fellow man as my equal.  All of us come from the same lump of earthen clay!  I know I’m no better than my neighbor who doesn’t believe in God (or the Bible) and that under God’s care I certainly do not have some greater privilege.  What a wonderful peace has grown within me realizing it is not my place to break down and prove false the beliefs and ideas of others or to debate or argue about doctrine.

The beliefs and ideas which bring me the greatest peace can be someone else’s greatest turmoil and vice versa.  We were never meant to be cookie cutter humans.  Each one of us is unique and of immense value and an intricate part of the whole world.  Yet as unique as we are, it is in creating community within our human similarities that we can find the greatest peace and love with one another.  As long as we are bound and determined to disrespect the beliefs and ideas of others and try to force them to believe and act and think the same way we do, there will never be peace.  The more we focus on our differences with pointing fingers and on having our way, the more we alienate one another and the more division and strife we create.

The Bible is no longer my guidebook for daily life, but it still holds a special place in my heart because it was my guidebook for so long.  Avidly reading and studying it helped me and brought me joy and comfort through many years of my life and played a part in forming my present character.  Though not in the same manner as in the past, I will read the Bible again and recall my favorite passages of comfort and peace.  Now that 47 years of ripples have led me into the present moment, my daily guides are GOD, LOVE, HONESTY, RESPECT, GRACE, and COMPASSION for my fellow man.  I believe every one of my experiences have been orchestrated by the Grand Designer and set into motion the moment I was conceived in my mother’s womb.

To me, God is not a man (or woman).  I do not believe God is like a human being or thinks like a human being. I think we have humanized God in an effort to wrap our finite minds around an infinite concept.  I envision God as the Origin of all, Creator, Spirit, Love, Life Force, Energy, Power, Cohesion. I comprehend God as an "it" which encompasses the entire universe and in which everything is held together.

I began this blog in 2007.  It describes some of my experiences and thought’s along a small part of my life’s journey.  The older posts will remain intact because I’m not going to be ashamed of the paths I’ve walked.  Those paths have been of utmost importance in leading me into who I am today.  I will also not ashamed of who I am today for love, peace, grace, and wisdom reign greater in me than they ever have before.  I am enjoying a more sincere and respectful fellowship with others, no matter their beliefs.  I value my fellow man more than I ever have before and see my connection with others in a whole new light.  In all this, I am at greater peace with myself, God, and man.

“You are not here just to fill space or to be a background character in someone else’s movie.  Consider this: nothing would be the same if you did not exist.  Every place you have ever been and everyone you have ever spoken to would be different without you.  We are all connected and we are all affected by the decisions and even the existence of those around us.”  (author unknown)

Related posts:
Please note that I have a new domain address www.alonglifesjourney.com, some of my own links in the "Related Posts" section from past posts may be broken because they have an old domain name.  However, all my posts are still here on this blog, and it may be better to do a word search, search by labels, or look at the Archives section.  If you come across a broken link simply replace the "discoveringgodtoday.com" part of it with the new "alonglifesjourney.com" and you will be redirected to the right post.