Eeny Meeny Miny Moe...Who is Going to Get Our Vote? 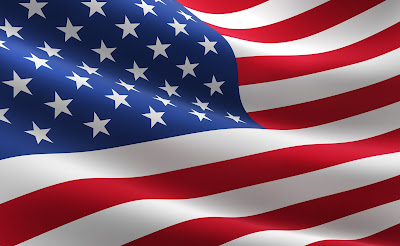 As this presidential election looms before the people of the United States of America, we find ourselves eyes wide open, staring like a deer in the headlights.  The choice set before us is certainly a difficult one to make.  Our nation has strayed from the long ago established ideal that the presidential office should be held by a person of integrity, honesty, and respect and who is by the people and for the people.

Where is the candidate who has sincere regard for the well-being of our nation as a whole and for the people as a whole?

Where is the presidential candidate with the character worthy of leading our Democratic Republic into the future?

Regrettably, election into the office of the US presidency has turned into a ridiculous charade of who has the most money, cronies, influence, media, and power to be elected. All without regard to any highly questionable acts this person has done in the past against the people or the nation.  The founding fathers did not have this absurdity in mind when they worked tirelessly to set up an intricate system which would prevent corrupt power from overtaking and destroying our nation.

We the people have the responsibility to ensure that this charade does not carry on.  Through the power of our votes, we have been given an opportunity and a voice to speak out against such abuses of our government and election process.

Voting for our elected officials must be a matter of conscience and wisdom.  It cannot be a matter of emotion and self-service.  If we truly want our nation to be great, we must vote on the principle of our nation’s well-being as a whole instead of purely on the weakness of our personal interest and comfort.

We cannot vote for a candidate based on hearsay, or the type of media coverage they have received, or because one of the many issues they stand for may not be of our preference.

It is imperative we make a wise voting decision stemming from our educated cognizance and intelligence! It is our responsibility to take our vote with immense seriousness if we desire this country to be great and to continue to be the land of opportunity, of the free and the brave.

We cannot allow ourselves to be tossed and shaken by the media and the bickering and slandering between the candidates.

We cannot continue to find ourselves wringing our hands with anxiety and frustration, feeling forced to vote for a candidate whose character we cannot stand simply to ensure the other candidate does not win.  This is not the way the power of our vote was intended to be used.  Our democratic process was not established in order for us to be doomed to choose a candidate we abhor simply to keep the one we abhor even more from gaining office.  This does not sound anything like a government which professes to be for the people and by the people.

I have no reasonable explanation for the choice of candidates that stand before us.  Their characters are equally without blemish and lacking.  Frankly, I find myself at a loss as to how we have arrived at such a state of affairs. However, I still believe We the People of the United States can make a difference with our vote if we will have our entire nation’s best interest at heart and take the time to educate ourselves about the issues at hand.

Before exercising the power of our vote, we must understand who the candidates are, what they believe in, the actions they plan to take, and if they truly intend to lead in a way that represents the people of this country instead of their personal agenda.  Did you know that there are *five* people running for the presidency?  If we have not done our homework and personal research, we cannot assume we already know everything we should in order to vote most wisely.  Our friends’ Facebook posts, the media, and campaign advertisements must not be our educational standard.  For if they are, we have cast our vote based on the ideals of others instead of making our own voice heard.  We cannot allow other people to influence us in how to cast our vote.

In all the political madness, how can we know who we should vote for and how do we sift out all the public’s bias to get a real understanding of where a candidate stands on the primary issues?

I recommend starting with making use of the website https://www.isidewith.com/.  This website has done a fairly decent job of taking you through a quiz asking you where you stand on the nation’s primary issues.  Upon completion of the quiz, your answers will be compared with the candidates.  It will list the candidates in the order in which you agree with them on the most issues.  The quiz results can also show how you and a candidate compare on each particular matter.  While this quiz may have its limitations, I find it is a very helpful place to get started in getting to know with which candidates you have the most ideas in common.

After taking the quiz, I recommend Googling “best ways to research the issues and positions of political candidates”.  Use the information from the non-profit and non-partisan websites listed.  Those websites offer tons of information on how to judge a candidate and the candidates’ current stand on important national issues.  Some of the sites even provide information on how the candidates have voted or spoken about the issues in the past.  It is important to not only listen to what a candidate is saying now while they are trying to gain public support and become elected but even more important to consider their overall character, political behavior, and ideas and actions of the past.  It is a candidate’s track record which will speak more truthfully than whatever they are stating now in order to gain our support and our vote.

May We the People of the United States always remember and never ever forget that our government is not our salvation or a magical solution to our difficulties.  We must take responsibility for our country, for ourselves, for our actions, and for the deeds we plant each and every day.  May We the People of the United States take to heart that each and every one of us has a very important role to play in making this country a great one.  It is not someone else’s job.  It is all of ours!  Let us not support those who promise us strength and greatness if they do not have the character or ability to make good on those promises.  Let us not grant our votes to those who have lies or animosity pouring out of their lips.  How can we possibly be a great nation if we are being led by those whose hearts are full of deceit and hatred and if our own hearts are filled with the same?  May our honorable actions speak louder than our words.

For our country’s sake, may the best candidate receive our most educated vote!  And may God help and bless America.


Please note that as of this writing, the five candidates running for president are:

Evan McMullin is a late runner (coming onto the presidential scene in August),  and may or may not be listed on a state ballot.  He can be voted on by writing his name in.  He is also not listed on any of the websites which compare the candidates.

Related posts:
Are We Facing an Election Apocalypse 2016?
Share |
Posted by MaryAnn Broussard