Belief and Faith Propel Us Toward Success 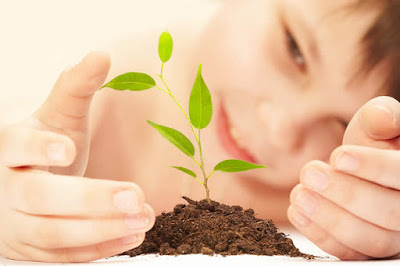 I am currently reading the book The Unlikely Pilgrimage of Harold Fry by Rachel Joyce.  Harold is a retired man whose life and marriage are lifeless.  On the day he receives a letter from an old friend who is dying of cancer, Harold finds himself unintentionally deciding to walk over 500 miles to visit her and give his regards in person.  He embarks on this journey unprepared in every way and without any necessary supplies.  As Harold walks miles and miles, he encounters all sorts of different people, and these encounters bring about a change in Harold’s character, beliefs, and ideas.

I have been pleasantly surprised at how much I am enjoying this book and relating with the philosophical concepts highlighted in the story.  There are little life lessons gently interspersed all throughout the book—inspiring life lessons which mean so much to me personally.

Here’s one of those lessons:

As Harold began his journey, he went into a gas station’s convenience store looking for a snack to eat.  He noticed the store clerk, a young girl, and watched her yawn with boredom.  He based his initial impressions of her based on how she looked physically.  He noticed:
Her hair hung in oily strips on either side of her head so that her ears poked through, and her skin was pockmarked and pale, as if she had been kept inside for a long time.  She didn’t know what he was talking about when he asked for light refreshments.

Harold told the girl that he was walking to the post office to mail a letter to a friend who was dying of cancer.  The girl shared with him that her aunt also had cancer and said to him:
“You have to keep positive, though…You have to believe.  That’s what I think.  It’s not about medicine and all that stuff.  You have to believe a person can get better.  There is so much in the human mind we don’t understand.  But, you see, if you have faith, you can do anything.”

As Harold listened to her speak his image of her immediately transformed, and he saw her in a totally different light:
He didn’t know how it had happened, but she seemed to be standing in a pool of light, as if the sun had moved, and her hair and skin shone with luminous clarity.

He replied to her that he was not a religious man and that religion was something he never got the hang of.  The girl assured him she was not referring to religion:
“I don’t mean, like, religious.  I mean, trusting what you don’t know and going for it.  Believing you can make a difference.”

Harold felt he had never come across such a simple certainty, and in such a young person; she made it sound obvious.

“And she got better, did she? Your aunt? Because you believed she could?”

Harold’s question went unanswered because the conversation was brought to a halt by a customer needing assistance. Harold:
…tried to catch her eye but she wouldn’t meet his.  She had returned to being dull and empty again, as if their conversation about her aunt had never happened.

Harold left the gas station without getting an answer to his question.  But the exchange with the girl sparked something within him.  Internally, he questioned what she had meant by “faith”.  He wondered if he had any faith, and if he believed in anything.  The conversation inspired him to believe he really could walk hundreds of miles to see his friend and save her from cancer.

He later told his wife on the phone:
“I am going to walk and she’s going to live.  I’m going to save her.”

When his wife trampled on his idea and newfound belief by harshly telling him he was being ridiculous and that he couldn’t possibly heal cancer, he laughed at her and said:
“I was talking to a girl at the garage and she gave me the idea.  She saved her aunt from cancer because she believed she could.”

Harold embarked upon his journey because he felt a deep seated longing to accomplish something with meaning and purpose.  He longed to feel truly alive!  He desired to go beyond himself and to make a positive difference in someone’s life.  The conversation with the girl at the gas station watered the seeds of belief and faith which he had failed to regularly nurture throughout his life.  Although he was ill prepared for the journey ahead, fresh energy coursed through his entire being and convinced him he could take on this unlikely and seemingly impossible pilgrimage. 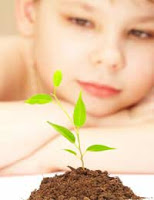 Any one of us could relate with Harold.  We had the seeds of belief and faith planted within us at the moment we were conceived in our mother’s womb.  Belief is a seed of mind.  Faith is a seed of heart.  They are the seeds which inspire us to dream about and do astonishing things.  While we are children, the soil of our soul in which the seeds were planted gets tilled and watered and seedlings emerge.  As we grow up and belief and faith are nurtured, they help bring our dreams into realities.  If they are not nurtured, they wilt and become lifeless along with our dreams.

Too often we become comfortable only being observers and watching and admiring others as they fulfill their dreams.  While observing can inspire us, being inspired by others is not enough to carry us on to personal fulfillment.  Especially when we have encounters with people who accidentally (or intentionally) trample or poison our ideas with their negativity and lack of faith.  As Harold will soon find out, we all have to dig our hands deep within our soul and learn how to nurture the seeds of belief and faith without depending on others to do it for us.  Personal growth and achievement must ultimately come from within, not from without.  We cannot wait for or rely on others to affirm our callings, to pat us on the back, to do the hard work required, or to endure the sacrifices involved.

If we want to bring our dreams into realities, we must make nurturing and intentional decisions each day and be willing to go through every struggle necessary for a successful outcome.  We begin with one step and keep putting one foot in front of the other toward our desired goal.  We must be willing to be uncomfortable and takes risks we thought we would never take. To remain standing frozen with indecision, fear or doubt, or lying down crying our woes in self-pity will only delay our progress and achievement.

It is without a doubt that as we make progress we will have the valuable opportunity to develop self-awareness and other-awareness.  In our pursuits, we can discover much about ourselves and learn to appreciate that we are so much alike in spite of our individual uniqueness. We all have dreams which we long to fulfill, and we all have similar reasons as to why we struggle with bringing them to fruition.  In order to succeed, we must continue to believe and have faith and dig deep within our souls to nurture the dreams within.  Anything is possible for those who believe and have faith!

What are your dreams? 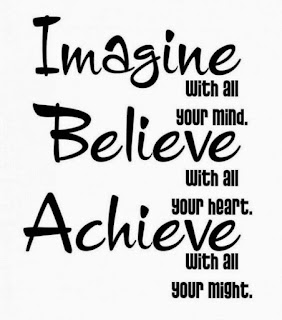 What step(s) are you taking today to bring them to reality?

Are you nurturing belief and faith or fear and doubt?

Do you believe in your dreams?

Do you have faith that they are possible to achieve?

And most importantly, do you believe in and have faith in yourself?