Unveiling the Myth of Hell and Eternal Torment, Part 2

If you have not read Part 1, A Brief Backdrop of My Journey, please do so before reading this Part 2.

Now, let’s get on to our discussion about hell…

So…what the hell is hell, anyway?

Where does the idea of hell and it being promoted as a place of eternal conscious torment come from?

Our present is enormously influenced by the past and by other cultures.  Christianity’s modern ideas of hell have mostly come from Greek and Roman mythology, the poetic (and fictional) writing of Dante Alighieri’s (1265-1321) Inferno, and from ancient church leaders of Roman Catholicism who had the wrong perception of God’s character, held an unhealthy fear of God, and/or wanted to have power and control over people.  I will address these influences as I discuss the four words which have been translated “hell” in modern Bible translations. 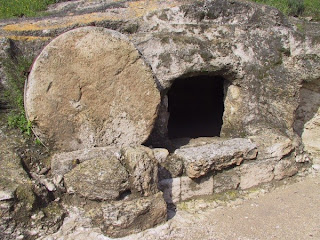 The King James Version (KJV) translates Sheol as “hell” 31 times.  (The KJV also translates it as “grave” 31 other times and as “the pit” 2 other times).

The New King James Version (NKJV) reduces the instances of translating Sheol as “hell” using the word only 19 times.

The New American Standard (NAS) and the New International Version (NIV) do a much more accurate job than the KJV and the NKJV and never use the word “hell” in place of Sheol.

The word Sheol is never translated as “hell” in the Young Living translation (YLT), the Concordant Literal Old Testament (CVOT), or The Writ, Dabhar translation (Dahbar).

Sheol is the grave.

No.  In the grave there is simply death.  It is a place where nothing is known, seen, or heard because it is where the dead lie at rest and the soul sleeps.

“For the living ones know that they will die,
but the dead ones, they do not know anything.”
(Ecclesiastes 9:5, Dahbar)

“YHWH, let me not be ashamed, for I have called upon You;
the wicked will be ashamed, they will become still to Sheol.”
(Psalm 31:17, Dahbar)

“All that your hand finds to do, do with your vigor, for there is no doing or
devising or knowledge or wisdom in the unseen(sheol) where you are going.”
(Ecclesiastes 9:10, CVOT)

“What master could live and not see death?
Could his soul escape from the hand of the unseen(sheol)?”
(Psalm 89:48, CVOT)

“For in death there is no remembrance of You;
In the unseen(sheol), who shall acclaim You?”
(Psalm 6:5, CVOT)

There is no reference to be found in the Old Testament which speaks of Sheol being a place of any torment, torture, or eternal suffering.

When Jonah found himself in the belly of the whale, he felt convinced it would become his grave.

“Then Jonah prayed to the LORD his God from the stomach of the fish,
and he said, ‘I called out of my distress to the LORD, and He answered me.
I cried for help from the depth of Sheol; You heard my voice.’”
(Jonah 2:1-2, NAS)

When Job was intensely suffering over the death of all his children and the loss of all he had owned, he begged to be hidden in Sheol, the grave, because it would bring him peace from his earthly suffering.

“If I would await Sheol as my house, in darkness I have fit out my resting places.
To the pit of corruption [decay] have I called:  You are my father!
To the maggot: my mother and my sister!”
(Job 17:13-14, Dahbar)

“Where indeed is my expectation?  And any good for me, who can regard it?
Shall they descend by my side to the unseen, if our rest be together in the soil?”
(Job 17:15-16, CVOT)

From the beginning of mankind’s existence on the earth, God explained to Adam that the consequences of failing to follow His specific instruction would be death.

“And Yahweh Elohim instructed the human saying:  From every tree of the garden you may eat, yea eat.  But from the tree of the knowledge of good and evil, you must not eat from it; for on the day you eat from it, to die you shall be dying.”  (Genesis 2:16, CVOT)

The moment Adam and Eve ate from the tree of knowledge of good and evil their bodies became susceptible to death and began to deteriorate with age.

It is clear the consequence of our imperfect human condition is simply that we will all experience death.  God did not tell Adam he would die and his soul would be taken to a place of torment and torture or to a place of some type of limbo between heaven and hell (by modern definitions).  Just as Eve, only the second human being in existence, became deceived and confused about the instructions given (she told the serpent if she touched the tree she would also die), many others have been convinced of a deception about the wages of sin (a failure to meet the mark of perfection).

“But we do not want you to be uninformed, bretheren,
about those who are asleep, so that you will not grieve…”
(1 Thessalonians 4:13, NAS)

“For I know that You are returning me to death,
to that house appointed for all the living.”
(Job 30:23, CVOT)

"What man can live and not see death?
Can he deliver his soul from the power of Sheol?”

The wage of sin is simply death with a destination to the grave, Sheol.
Sheol is a place of doing nothing and knowing nothing.
Death is the state of unconscious sleep of the soul.

The “soil” referred to in Ecclesiastes is the human body.  Adam’s body was formed out of the soil of the earth and to the soil our bodies will return.  The “spirit” referred to is the life-giving breath of God.  It is our life-spark from God.  It is not our soul.

“Yahweh Elohim formed the human out of soil from the ground,
and He blew into his nostrils the breath of life; and the human became a living soul.”
(Genesis 2:7, CVOT)

Before God blew the breath of life into Adam, Adam was a dead soul.

Job spoke of God’s life-giving breath and spirit saying, “If He should determine to do so, if He should gather to Himself His spirit and His breath, all flesh would perish together, and man would return to dust.”  (Job 34:14-15, NAS)

And so when we die,

“the dust returns onto the earthland as it came to be,
and the spirit-wind returns unto Elohim who gave it.”
(Ecclesiastes 12:7, Dahbar)

The human soul, what makes up our unique and individual personality and consciousness, remains asleep until a future resurrection.  (I will explain more about the resurrection in future posts.)

In conclusion, Sheol is not hell.

Sheol is not a place of fire, torment, or torture.

Sheol is the grave where the dead lie restfully asleep. 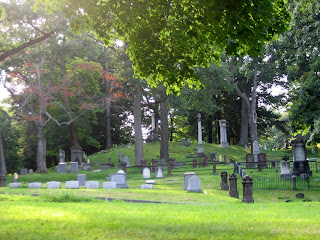 In the upcoming Part 3 of Unveiling the Myth of Hell and Eternal Torment, I will explain Hades, the Greek word used in the New Testament when referring to Sheol, the grave.  Hades, being a Greek word, has brought with its definition a certain amount of Greek mythology baggage.